OUR COMMITMENT TO YOUR SAFETY

Niamh teaches in an intuitive, open way, inviting each person to sense and respond to what is right for them in each moment. 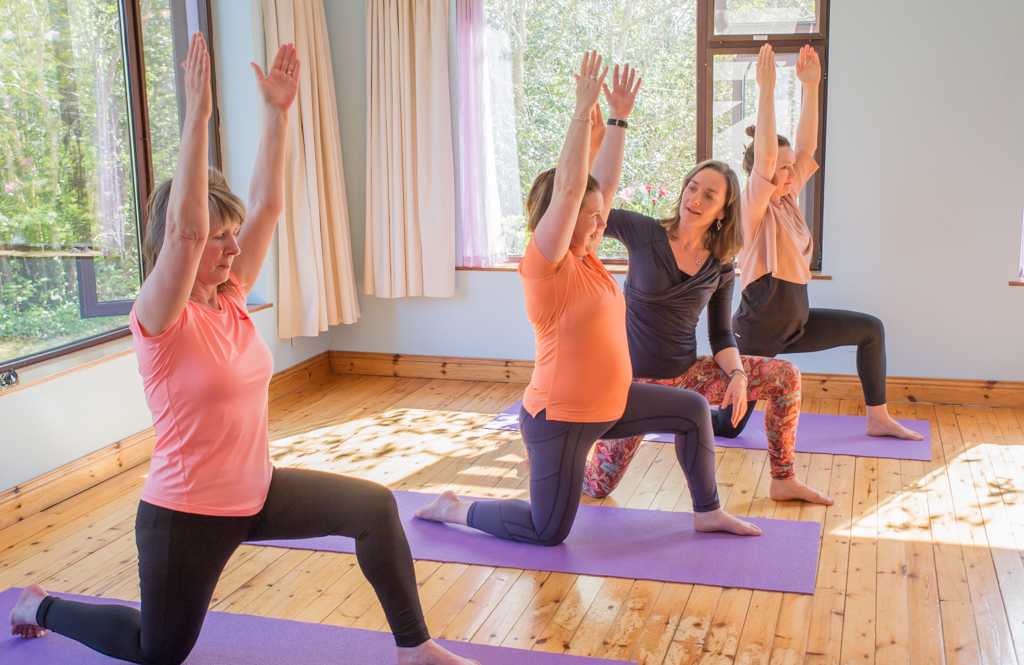 Niamh has been teaching Hatha Yoga since 2004, and Yin Yoga since 2012, making her one of Ireland’s longest standing teachers in that style.

Niamh first became attracted to yoga by the physical fun and challenge but before long she realized there was something much deeper as she experienced the release on many different levels. What fascinated Niamh about yoga was that it worked on a physical, mental and emotional level and she experienced the release of old tensions and trauma and found it effective on all levels.

She qualified as a teacher in 2004, completed a mentorship with Marlene Ffrench Mullen, and has continued to study and professionally develop with Donna Farhi, renowned Clinical Anatomist John Sharkey, Integral Anatomist Gil Hedley, Somatics trainer Lisa Petersen and with Sarah Lo.

She teaches men and women of all ages, but also specialises in Yoga for Menopause, and trains Yoga teachers around the world.

Her curiosity about the habitual holdings and reactions in the body from the physical and emotional stimuli of our human life, began with explorations in the Alexander Technique 27 years ago. From there, primarily through Yoga in its most recognisable forms, and influenced by 5 rhythms dancing, somatic movement, mindfulness and anatomy, she sought and found ways to regain neutrality in, and then free expression of our physical and emotional body.

Niamh has trained in Hatha Yoga, and studied and practiced many of the variations of Yoga from it’s more traditional roots in India, to new approaches and schools of yoga, and with world-renowned teachers. 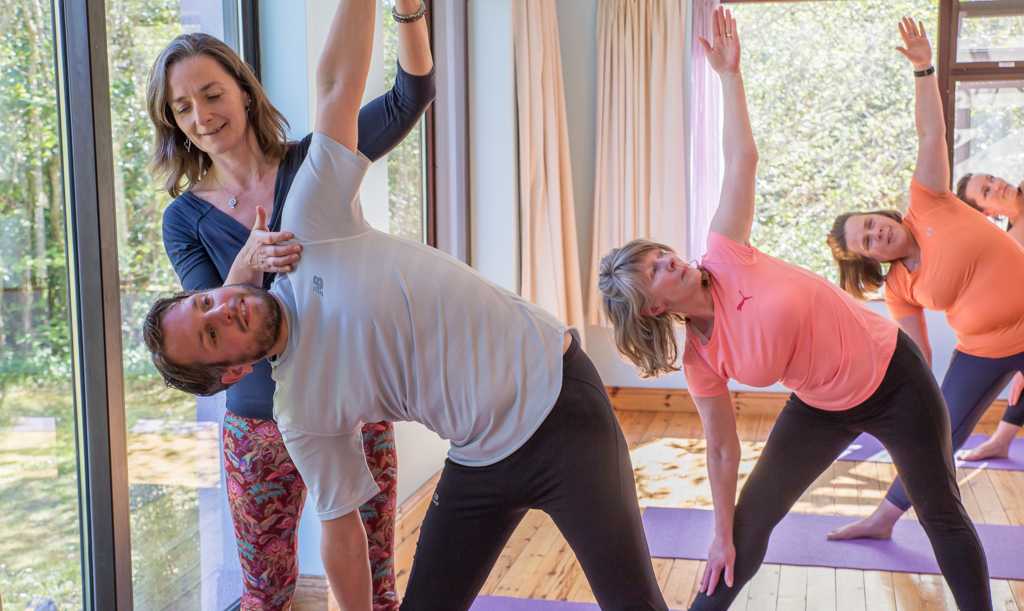 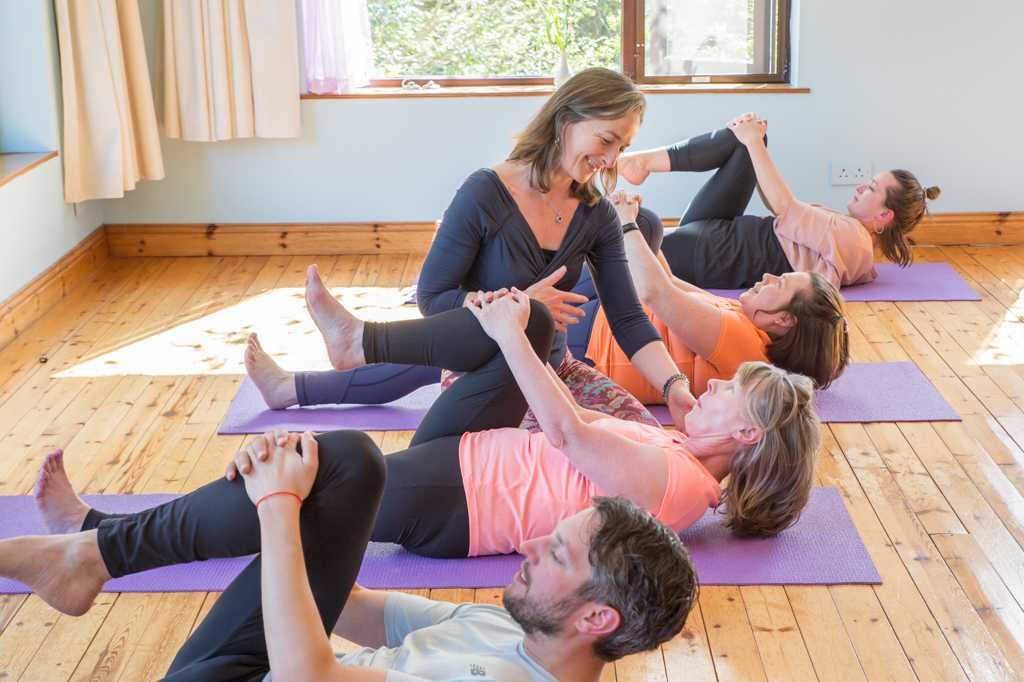 Niamh teaches from the heart and is very instinctive about how her classes unfold rather than rigidly sticking to any one school of yoga… or one set formulae of how to teach. Depending on who is in her class at any particular time, she senses what people need, and then intuitively teaches from the heart. Niamh invites each person to take what speaks to them and make it their own, and to let go of that which doesn’t sit well with them.

Her approach is pragmatic, as she is fascinated by the science of stretch, and what is logically possible for the average human body. She is also keen to ensure we stay strong for life, as well as relaxed and mobile.

However, the more she studies the needs of the body to stay healthy and moving, the more she is drawn back to the rich resources of Yoga. Knowing that stress is likely the greatest enemy of a comfortable journey through life, she sees that most achievable yoga practices are a great benefit. In addition, as research hones in on movement as one of the 4 pillars of health, she is reminded that the Yogis of old really were on to something!

Niamh’s Yin teaching is unique in that she uses props to support every joint, aware of the dangers of passive stretching. In addition, she offers you permission, even encouragement to let your body change your mind, and move if it desires to, rather that pushing past or trying to conquer signals that it has had enough. 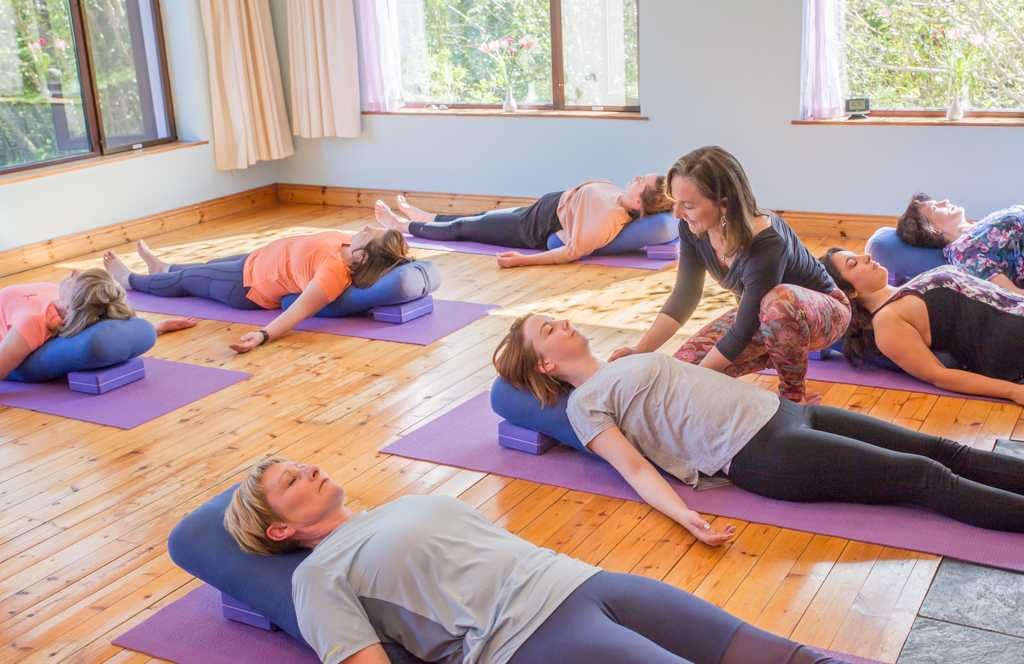 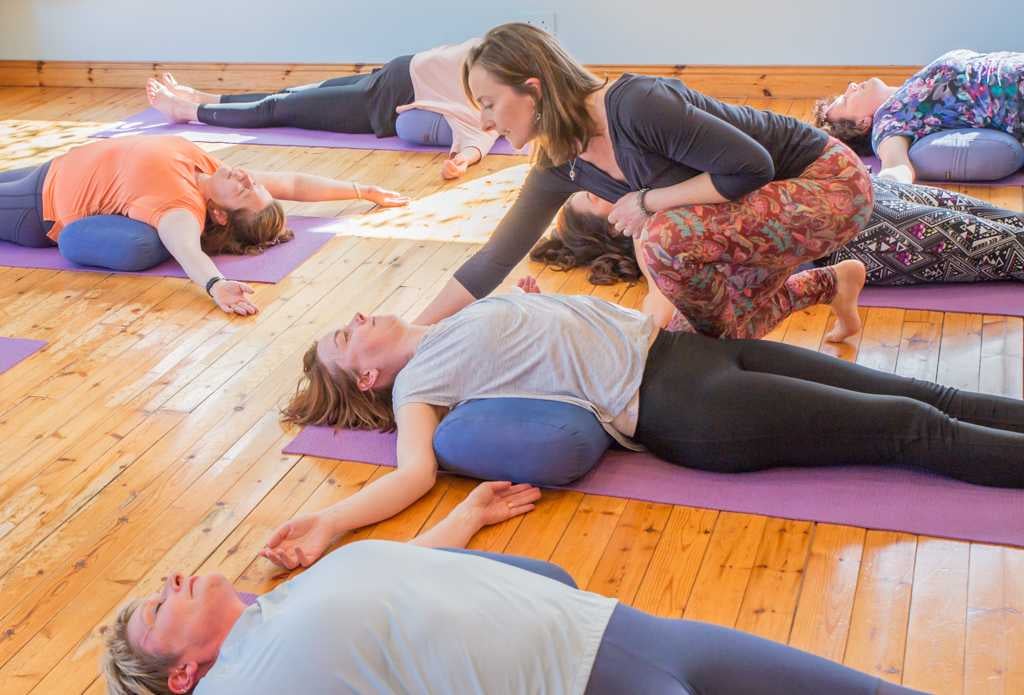 The mindfulness aspect of this style is important to Niamh, and she is skilled in helping you to meet your emotional life on the mat, as well as helping you to heal your body.

Believing that each of us is the greatest guru of our own body, Niamh is passionate about helping her students undo their sense that they can’t practice on their own because they don’t know what to do. Instead she hopes to send you home with trust in your intelligence, instinct, joy, and skills, to create a meditation and Yoga practice that uses and honours the best of what Yoga offers, but is uniquely your own.

Each class is inspired by the students that gather. Niamh has always tailored classes to those who show up, rather than launching into a pre-ordained sequence. So, you will feel minded, and that your needs are being monitored and safely addressed.

Niamh will hold you safe, offering Yoga that suits you. She will nurture you; simply, into greater ease in body and mind; or onward, into a deep intimate inquiry, instinctual understanding, and compassionate response to your self. 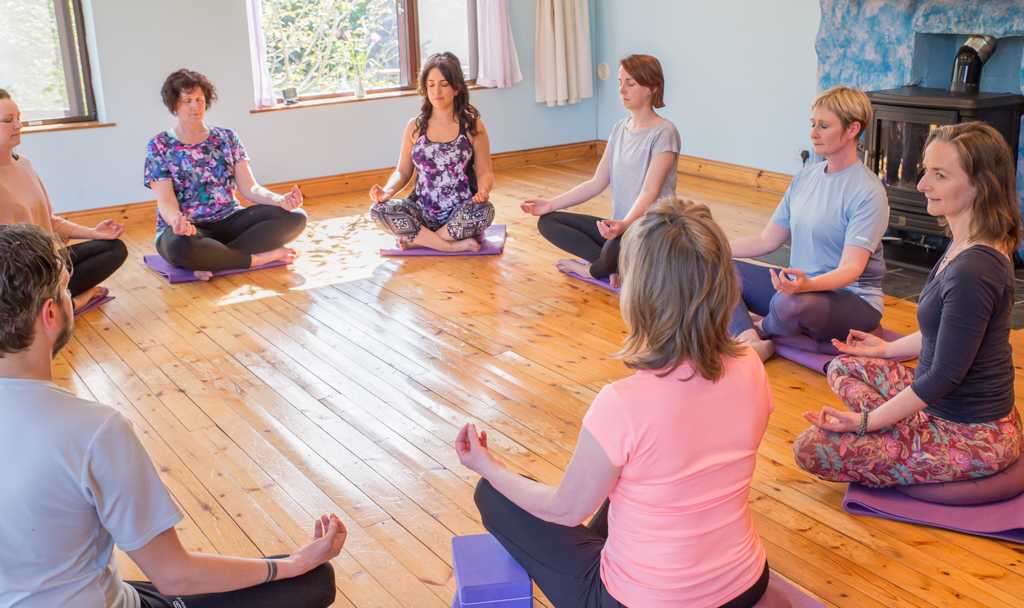 Unplug. Let go of the external world. Experience the Silence

Signup to our Quartery Newsletter